Difference Between Credit Union and Bank

Despite years of poor service, many people still default to banks over credit unions. We strongly believe that if people really knew the difference between a credit union and a bank, a credit union would be the obvious choice.

Difference Between Credit Union and Bank: The tldr Version

What's the Difference Between a Credit Union and a Bank?

The biggest difference between a credit union and a bank is who the institution is acting in the interest of.

With banks, their decisions are made to benefit shareholders and make money.

Banks are a for-profit business.

Banks’ depositors are called "customers". Customers have no ownership interest in the institution. Banks are owned by investors who may or may not be depositors.

Banks are owned and controlled by stockholders, whose number of votes depend upon number of shares owned. Customers don’t have voting rights, cannot be elected to the board, and have no say in how their bank is operated. Directors are selected by current directors or by large block stock acquisition.

Banks’ board members are paid, and do not necessarily reflect the diversity of their customer base.

Banks are open to the general public.

Banks are for-profit corporations, with declared earnings paid to stockholders only.

Banks focus on commercial loans and accounts and services that generate significant income.

Competition between banks prohibits a sharing of resources.

At credit unions, depositors are called members. Each member is an owner of the credit union.

Since credit union members are owners, each member, regardless of how much money they have on deposit, has one vote in electing board members. Members can also run for election to the board.

Credit unions’ boards are comprised of volunteers who reflect the diversity of the membership.

Credit unions are local and are organized to serve the interests of its membership.

Credit unions are not-for-profit financial cooperatives, whose earnings are paid back to members in the form of higher savings rates and lower loan rates.

Credit unions focus on consumer loans and member savings, as well as services needed by the membership.

Credit unions cooperate with other credit unions and share resources to bring convenience and savings to its members. CU Service Centers and the CO-OP ATM Network are just two examples of this cooperation between credit unions.

In the entire history of U.S. credit unions, taxpayer funds have never been used to bail out a credit union.

Credit union deposits are federally insured up to $250,000 by the National Credit Union Administration (NCUA), a branch of the federal government, which is backed by the “full faith and credit” of the U.S. government.

Put Your Money Where They Care.

In addition to credit unions acting in the best interest of its members, the average bank charges more in fees than SECNY Federal Credit Union. A comparison between the average bank fee per service and SECNY FCU fees can be seen below.

The extra you'll pay in fees at a bank can quickly add up. The money you save from lower fees at SECNY Federal Credit Union can be used to give back to your community, such as donations to local animal shelters or your local YMCA or library.

To keep more of your money...

Because credit unions act with the interest of their members in mind, rates on average are better for credit union members compared to bank customers.

A Credit Union Offers the Same Convenient Features You're Used To 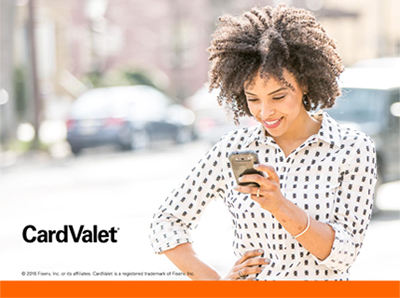 Because credit unions tend to be local businesses, people assume they don't offer the convenient features they've become used to at a bank.

SECNY Federal Credit Union offers all of the convenient electronic services you're used to, including:

How to Take Advantage of Credit Union Benefits

Any person working, living, worshiping or attending school, as well as businesses and legal entities in any of the following counties, are eligible for SECNY Federal Credit Union membership:

Do you work, live or go to school in any of the above counties? Then you are eligible to take advantage of our credit union member benefits!

We also offer all of the banking services you need in life, including, but not necessarily limited to:

Looking to get the most out of your money by opening an account? Need a loan? We can help.

We want to know what you think!